The Real People, or “The Realies” as they are known to their fans, formed in 1987 and over the following four years were as pivotal as The La’s and The Stone Roses in reinventing rock & roll, after the synth-led new wave music which had dominated the 80s.

They signed to Columbia Records in 1989, releasing their self titled album and the singles “Open Up your Mind”, “Window Pane”‘ and “The Truth”‘ all to critical acclaim. They sold over 100,000 copies of the album and made significant inroads into Europe, Japan and the US.

The follow up “Marshmellow Lane” led off with the top 40 single “Believer” but their label was sold to Sony and the band became an early victim of major label expansion at the expense of talent. CBS became an imprint of Sony and The Real People left. “Marshmellow Lane” sat on the shelf until some of the tracks from it were included in the compilation “The Calm Before the Storm” which celebrated Liverpool’s contribution to Britpop.

There can be no doubt that the Oasis sound borrowed heavily from The Real People and given the circumstances it’s obvious why one band, fresh from the other end of the M62, untainted by having been dropped and containing one Liam Gallagher would steal more than the Griffiths’ thunder.

Guitarist Alan Gillibrand joined in 1995 along with drummer Gary Ford and armed with a new deal from Winchester Films/MGL Records The Real People recorded their third album, “What’s on the Outside”. The campaign for this album began in 1996 and the album followed in the November of that year.

The band toured solidly for two years, rebuilding their fan base and picking up new fans all the time. Their close friends Ocean Colour Scene gave them every single support slot they had for the best part of 18 months.

To support the album they released the singles “Going Nowhere EP” (a top ten indie chart hit on their own EGG label) , “Bring You Down”, “Every Vision of You”, “Rolling Stone”, “The People in the Telly” and “Rayners Lane”. The album sold well and re-established the band who began work on their fourth album. By now their songwriting was developing with classics such as “Closer” and “I Want You” confirming their incredible talent.

The new line up consists of Chris, Tony, Russ Mitchinson on keyboards and Tony Mac on drums; formerly of Rain, 16 Tambourines, Electrafixon. Hard luck hit them again as MGL folded and the band found themselves again without a deal.

At the same time, however, Cher decided to cover “One by One”, one of Tony’s earliest songs. The song had been earmarked as a classic by two future industry giants, Lucian Grange now Chairman of Universal and Rob Dickens who became Chairman of Warners.

Cher’s cover of it was a worldwide hit and has since been included on releases selling over six million copies. This one song allowed the brothers to buy a warehouse style building in Birkenhead and build their own studio. With producers Brendan Lynch (Primal Scream), Max Hayes (Paul Weller) and Mark Walliss (U2, The La’s) committing their time to the next raft of songs, the fourth album was started but finding a label proved difficult.

The band continued to write, record and tour including main support slots with David Bowie, Nelly Furtado and further dates with OCS. They also turned their talents to writing for other acts and acheived considerable success with songs covered by OCS, BBMak, Rooster, Tunde, Atomic Kitten and the classics “Losing a Friend” and “Closer” being debut singles for enormously successful Icelandic band “Nylon” – with both singles hitting the Icelandic number one spot and staying there for two and three months respectively.

Their successful publishing company and recording studio complex “Realistic Music” has gone from strength to strength and they also finally gained recognition for their role in developing Oasis with songwriting credits on “Rocking Chair” and an agreement that without their help Oasis would never have sounded the way they did.

With new Guitarist Martin Lappin and Tony McGuigan Drums the band decided to complete and release their long awaited fourth album – Think Positive which has received critical acclaim from peers and fans. Sited as the best line up of band to date.

A new Album and tour is due this year with a back to basic sound but as always The Real People continue to move forward.

Influences: Think, Bowie, Beatles and Bolan with a touch of Pistols thrown into the mix. 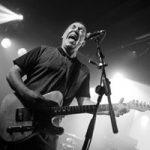 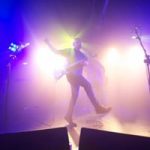 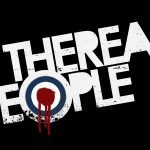