The Icicle Works ‘Hollow Horse’ 1984 Prophetic lyrics, when you consider the fact that almost 4 decades since their formation, The Icicle Works are still on the road, and showing no signs of slowing.

Almost immediately, The Icicle Works scored a string of highly rated hit albums and singles all over the world. They were one of the few bands of their genre who made an impact in the USA, having been invited to perform on TV shows such as American Bandstand.

There has been a resurgence in their global popularity over the last year, with their 1984 hit “Birds Fly (Whisper To A Scream)”, featuring in the Netflix smash hit series “Stranger Things”.
Despite personnel changes along the way, the current line-up (original frontman / lead guitarist Ian McNabb, Roy Corkill, Richard Naiff, Mathew Priest) have been together since 2006, and McNabb believes they’re stronger and better than ever before – after honing the set and the performance for the past 13 years, that’s to be expected.

In addition to fronting The Icicle Works since 1981, Ian McNabb has enjoyed an incredible solo career, performing with artists such as Ringo Starr, Neil Young / Crazy Horse, and Mike Scott of The Waterboys.
“Head Like A Rock”, recorded with Crazy Horse, was nominated for a Mercury Music prize in 1994. McNabb also plays the occasional tour with his ‘other’ band, “Cold Shoulder”, who play on 3 of his solo albums “Eclectic Warrior”, “Kruggerands”, and “Our Future In Space”, and give the albums a notable harder edge.

A prolific song writer, McNabb’s solo albums consistently receive rave reviews. He has been described on many occasions as a songwriting ‘genius’ ; His instantly recognisable voice is highly regarded, and he’s praised for being an incredibly talented lead guitarist.

Regardless of the high and lows he’s experienced whilst carving a career out of Rock n Roll, McNabb has never given up on his craft, and remains a sought after collaborator amongst his musical peers.
Ian’s latest solo album “Our Future In Space” features “Aquamarine” co-written with REM’s Peter Buck; his previous album “Star Smile Strong” featured Prof. Brian Cox on the track “Mystic Age”, and “This Love I Feel For You”, which was co-written with ‘Crazy Horse’ drummer, Ralph Molina.

2019 marks the 35th anniversary of the first Icicle Works album, and the 25th anniversary of Ian’s mercury prize nominated solo album “Head Like A Rock” – both albums were played in full during a limited edition run of packed out shows.

Autumn 2019 will see the band out on the road again, with a return to playing their 2.5 hour extravaganza’s of Icicle Works ‘greatest’ hits, fan favourites, and a selection of Ian McNabb solo numbers.

The Icicle Works show’s are always a powerful experience for anyone who genuinely loves great music, and greater musicianship. 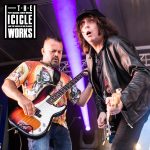 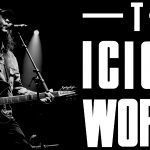 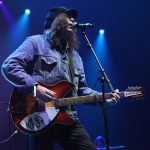 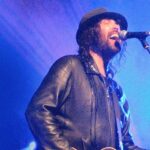