Tommy solo show includes  all the Space hits  (Female of The Species, Neighbourhood, Me & You vs The World, The Ballad of Tom Jones etc.), along with selected solo material, ably accompanied by Satin Beige on cello & Backing vocals and a drum machine.

The band came to prominence throughout the mid-1990s with hit singles such as “Female of the Species”, “Me and You Versus the World”, “Neighbourhood”, “Avenging Angels” and “The Ballad of Tom Jones”, the latter a duet with Cerys Matthews of Catatonia.

The melodic core of Space’s sound was inspired by 1960s guitar groups such as The Kinks and The Who, which got them tagged as part of the Britpop scene. However, their imaginative, pioneering usage of electronic instruments and sampling drew influences as diverse as post-punk, ska, techno, hip hop and vintage film soundtracks. The band were also known for their deliberately over-the-top, dark humoured lyrics, which frequently dealt with topics such as serial killers, failed relationships, social outcasts, and mental illness. 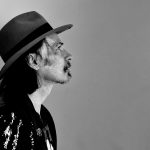