With the release of their debut album “Sisters” in 1984 on London Records, The Bluebells toured widely in Europe and North America developing their live sound and signing to Seymour Stein’s Sire records in the U.S.

Robert and the brothers parted company amicably in 1986 with Ken and David forming and releasing records as the McCluskey Brothers while Robert concentrated on song writing duties for various artists including chart favourites Texas. In 1993 when “Young at Heart” hit the U.K. No 1 spot following its use as a T.V. advert for Volkswagon the chaps met up for some more fun Top of the Pops appearances.

Ken and David continue to work as the McCluskey Brothers while holding down jobs as Music lecturer and Music therapist respectively while Robert continues to write and is a popular DJ at Glasgow’s Oran Mor.

The Bluebells have recently reformed for gigs supporting Edwyn Collins and went down a storm as guests of King Creosote at the final Fence Collective “Homegame” and continue to entertain fans on the festival circuit including recent performances at Wickerman, Loopallu and Rewind.

The band were honoured with the prestigious Tartan Clef Award for songwriting in 2011 and have recently released a compilation of rare recordings “Exile on Twee Street” on the Cherry Red Record label. The band will support old friends and ex London records stablemates Bananarama at Edinburgh castle on the 20th of June 2018. 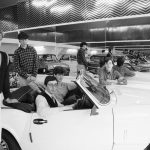 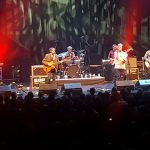 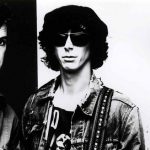 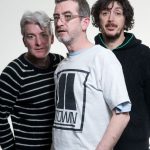